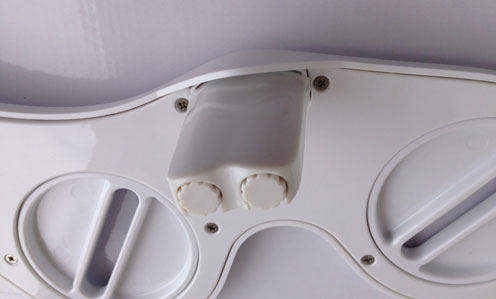 HB-9000 warm and cold water bidet gives you a fresh feeling all day, enjoy a clean healthy life, relieve the inflammatory symptoms of hemorrhoids, Constipation, Diarrhea and minimizes usage of toilet paper.
HB-9000 Warm & Cold Water Bidet is a User-friendly Bidet for handicapped, those with hypertension and obesity or the infirm during clean-up.
HB-9000 Bidet make the Clean-up process for women during menstrual cycle and pregnancy. Also Helps in keeping clean and healthy life.
HB-9000 Bidet is one of our best sellers bidets, it is easy to attach to your toilet seat.
HB-9000 is Ideal as a gift.
HB-9000 Available only in White.
HB-9000 Warm & Cold Water Bidet Has 3 Knobs.

1- Water Pressure Control Knob Adjustable to the desired level by switching from strong to Smooth adjustments.
2- Water Temperature Control Knob Will give you a water temperature from Cold to Worm with adjusted washing personal hygiene at your own desire.
3- Self Nozzle Cleaning Cleans nozzle with high pressured water for enhanced hygiene. 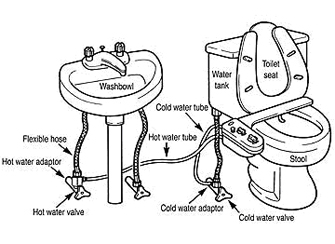 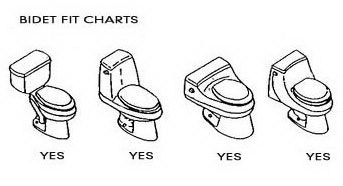 Advantages of a bidet

The bidet is more hygienic than direct use of water in the toilet. You do not need to clean your private areas with hand, as the same can now be done using a bidet. Less wastage of water takes place in this case, as we may keep taps opened for running water during direct washing. Here as soon as the bidet comes back to normal shape, the stream of water stops. By virtue of being hygienic, bidets prevent infection from several harmful diseases spreading to various users. These diseases include inflammatory symptoms of haemorrhoids, diarrhoea and constipation. No usage of toilet paper is required as a result. As mentioned earlier, water temperature can be controlled in an electronic bidet. Much like usage during winter, in case you want cold water during summer, temperature for the cold water bidet can be set. Though the device from us remains the same, it is just water temperature which is being fixed as per requirements. Installation of the bidet is quite simple. It is directly connected to the water supply of the bathroom. Depending on the type of bidet being bought, it will either be directly connected to the toilet seat or will act as a manual attachment next to the toilet. While the former is known as an electronic bidet, the latter is called as a manual bidet. Due to its temperature control feature, an electronic bidet is more expensive than the manual one.